The Cabin Near Memory Lane

The Cabin Near Memory Lane 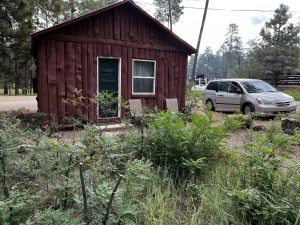 I’m all tucked into this charming cabin in Jacobs Lake Arizona, an hour from the North Rim of the Grand Canyon.
Two days after high school graduation, I loaded up my 250.00 car that many thought I’d paid too much for. I went on to my job as a maid on the North Rim. Eventually, I worked my way up to a Hotel Porter; carrying bags for hotel guests, emptying trash cans, keeping the front desk loaded with ice. They said it was a job for men, as part of it was delivering drunk individuals to their rooms.
They said a girl couldn’t do it – I just had to show them I could do the job. I did it well.
It was that summer when I fell in love with a would be Methodist minister, had a knife held to my throat by a co-worker (that’s a story), kept a squirrel as a pet that had lost its foot in a trap, and led my church’s church services for tourists and in so doing found my own voice for the first time.
I’m tempted to go walk down memory lane tomorrow.
Today, I had the joy and honor of doing two speeches for the Colorado City, Arizona community. The audience was a delight and the mayor has already asked if I’d come back. Yes!
I also got to talk on the phone with my Ailsa for at least 2-3 hours! Helping be a sounding board for a school project and other mom honors— to which she said it was like I wasn’t even gone 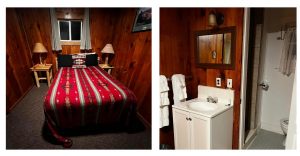